Medimurje – What you should know
In the northernmost part of the Croatia, bounded by two rivers, there is located Međimurje, small in size, but big in heart. What it offers must be experienced by all senses: smell the freshness of the air, enjoy the taste of tradition and rest your eyes on the peaceful sight of the nature. 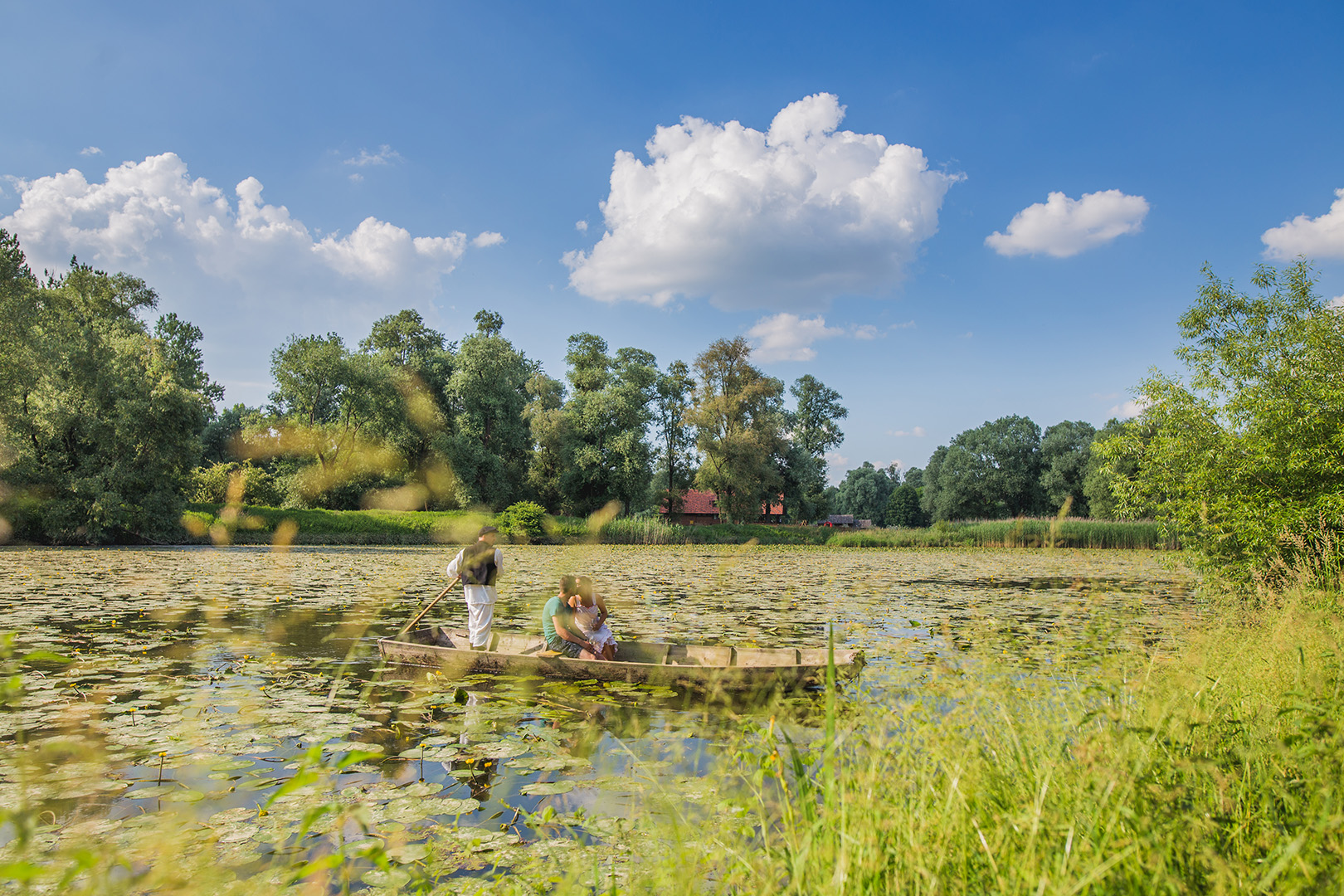 Straight roads of Lower Međimurje and meandering paths of Upper Međimurje make a unique landscape. Main ornaments of “the Croatian flower garden”, as it was named long ago, are carefully landscaped yards of country houses, fertile arable land and hills on whose slopes grapevines are looking forward to the sun and rain.

The region stands out due to its cultural, historical and traditional heritage so when one listens to the story of Međimurje, you can get to know prominent noble families, rich religious and historical architecture and cherished tradition. Međimurje is flourishing not just in the literal sense, but in the touristic sense, as it is steadily offering more content. Recently, an ethnographic collection was exhibited in the village of Žabnik near Sveti Martin na Muri. Through interactive multimedial exhibition, visitors are familiarized in a modern way with the life and tradition of the oldest craft in the Croatian north – milling.

Since love goes through the stomach, everyone who tries authentic local cuisine developed under various influences falls forever in love with Međimurje. In the Middle Ages merchants passed through this region so exotic spices were early available, but the recipes were also shaped in accordance with nature and land workers’ lifestyle. Spicy condiments and necessary calories are balanced by housewives with sour cream and so temfanje (chicken in a cream sauce) appears, which alongside meso ‘z tiblice (roast smoke pork preserved in fat, usually in wooden barrels), međimurska gibanica (layer cake) and pumpkin seed oil, are the staples of the cuisine in Međimurje. Nowadays, in the restaurants of Međimurje authentic food of Međimurje can be tasted alongside other dishes, and the highest quality is guaranteed by the “Međimurski gurman” and “Zlatni međimurski gurman” label.

Calories that you eat in Međimurje, you can easily burn in Međimurje. Međimurje is geographically one of the most interesting regions in Croatia when it comes to active vacation. It is a great choice for anyone seeking an adrenalin bike ride, but also for those who wish to go on a relaxing bike ride through beautiful nature. Beside cyclists, runners will also be delighted with Međimurje. The terrain, partly hilly, is suitable for those aiming for a good training, as well as for those who run for recreation and want to enjoy routes spanning over Međimurje or wish to explore the area by walking. The fact that active vacation is an important segment of tourism in Međimurje is demonstrated by the first Run hotel in Croatia within Terme Sveti Martin.

The benefits of the rivers of Međimurje are also used for sporting purposes. In Donja Dubrava one can experience rafting on the Drava river, starting from the dam of the Dubrava Hydroelectric Power Plant. The descent along the old current of the Drava river is 14 km long and the skipper will beforehand acquaint you with interesting facts about the reservoir lake, the Drava river itself and tributaries of the old current, as well as the surrounding flora and fauna.

At the end of the day, do not forget you are situated in a true wine destination. The hills of Međimurje are abundant in renowned wineries and winemaking families, in whose vineyards and cellars originate refreshing and alluring tastes of around twenty white and a few red wine varieties along the authentic wine variety of Međimurje, pušipel. The validity of the wine praises can be tested in around thirty wine tasting establishments and cellars on a tour of the Wine Road. What certainly serves as a credential are prestigious Decanter World Wine Awards awarded to the winemakers of Međimurje in more consecutive years, with five medals awarded in 2018.